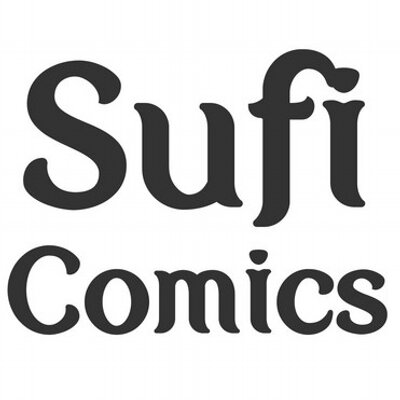 Please share with our readers a little about yourself

Salam! I am a writer, illustrator, and musician, as well as co-director of multi-faith children’s publisher, Chickpea Press. I live with my wife in the Lake District in the UK, where I find inspiration in the mountains, rivers, lakes, and trees.

I was called to Islam after discovering the poetry of Rumi, and do my best to follow the Mevlevi Path based on his teachings. The 99 Names of God could be described as an attempt to share some of the beauty I have come across on this Path to Islam.

What was the thought behind creating this book? and why the focus on the Names of Allah?

For Muslims, the Divine Names are the building blocks of reality. Everything we see around us and within us is a reflection of them. It occurred to me that by learning about Islam through the Names, children would also learn about the world and themselves.

I was also aware that religious education can sometimes be quite dry and abstract, whereas the Names make it much more concrete, symbolic, and poetic – much more engaging to young and old. I also knew that writing about the Names would be a wonderful way for me to get to know them better.

Is there anyone who’s been your inspiration? Or were you inspired by any previous work, when working on this project?

I’ve drawn inspiration from so many great teachers for this book: Muhammad, Khadijah, Ali, Fatimah, Rumi, Rabiah (God bless them all) – the list goes on and on. The inspiration is not just restricted to Muslims: for instance the likes of Shakespeare and Ghandi are in there too, and many more great souls besides. But if there is anything of value in my book, it is surely due to the Mevlevi teachers who have guided me on my spiritual path, Shaikh Kabir Helminski and Camille Helminski, as well as my parents who have provided such an inspirational example throughout my life. In terms of previous works on the 99 Names, a book called The Physicians of the Heart deserves special mention as a prime source of inspiration – it is probably the most comprehensive and profound guide to the Names in the English language. 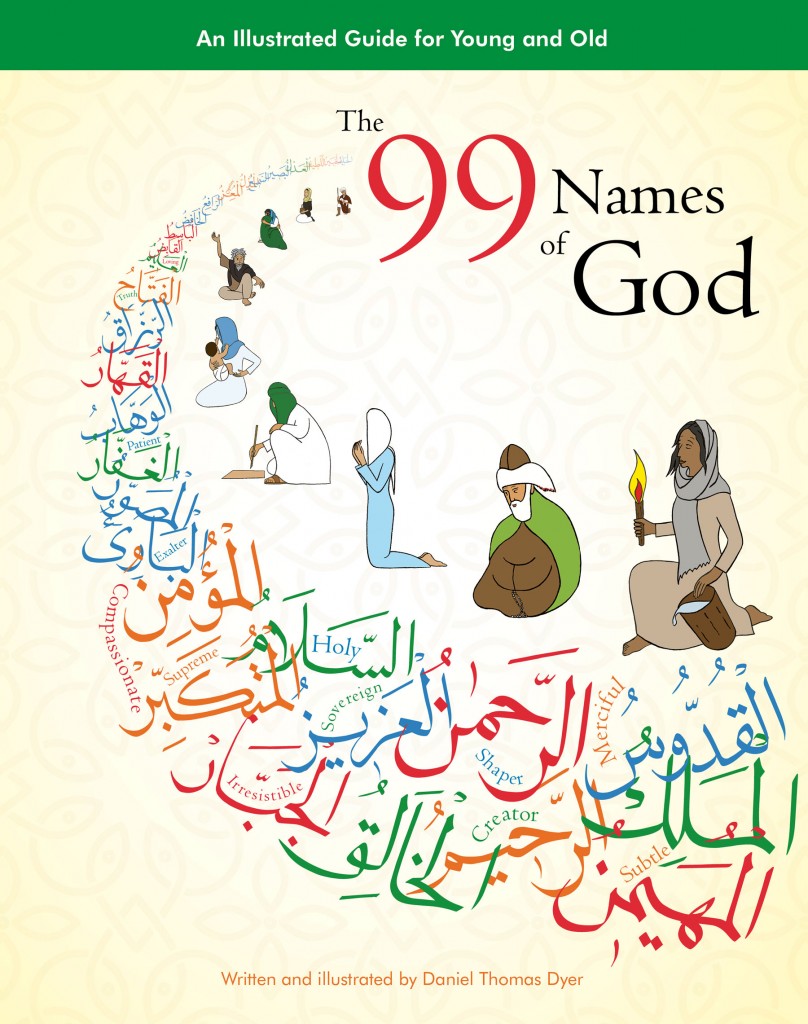 I was amazed by how accessible the book is. It’s a great book for children, but at the same time I’m enjoying it as an adult. This makes me wonder who’s the audience you had in mind when creating this book?

I really wanted to create a family resource, the kind of book that would have some elements children as young as 5 or 6 might begin to digest with the help of their parents, whilst also having more complex and profound elements to stimulate teenagers and even adults. So each Name begins with a simple explanation and gradually becomes more challenging, taking in a quotation from the Quran, then a quotation from one of the great sages of Islam, and finishing with reflections and activities. Hopefully the illustrations are simple and elegant enough to appeal to all ages.

On a general note, I think it is important to realise that children are often much smarter than we think, especially in terms of their creative imagination, and they have an innate knowledge. It is also important to remember that we can plant a seed in a young heart that will bear fruit later: they do not need to understand everything (and neither do we).

Mystery, nuance, wonder, and awe are important qualities for them to encounter, and we should be wary of watering things down. And we actually found during the feedback stages of writing our book that children very easily grasped concepts that we were presenting, sometimes even quicker than adults!

One of the beauties of the book is that I can open any page in the book and start reading. I’m not forced to start from the beginning. And you’ve used both words & illustrations. Did you first work on the text, and then the artwork? What was your process?

Generally I worked on one Name at a time, though occasionally two are treated as a pair. It meant writing the text and drawing the illustrations was a series of holistic encounters with each Name, rather than a fragmented experience. I did not engage the Names in the traditional order; instead, whichever Name came to my heart was the Name I engaged with next, until gradually I had gathered all 99. It felt important to take an intuitive approach rather than systematic one.

The first Name I engaged with was al-Quddus, the Holy. I have always been drawn to that Name and it helped me set the tone. Coming to the end, it felt appropriate that the final Name I engage with be al-Jami, the Gatherer, in recognition that the task of gathering the Names into a book was complete. I think Allah is always inviting us to see pattern and order, and we might weave it into our own lives.

And what was your biggest challenge?

Perhaps the greatest challenge I faced with the book was getting the right balance in a number of important areas. For example, getting a balance between male and female voices was incredibly important. Islam has a rich treasury of wisdom from strong, spiritual women, but too often women have been sidelined in favour of men. I therefore wanted to introduce as many women as I could as sages of Islam, and to quote their words. So in the book, you will find quotes from Khadijah, Fatimah, Aishah, Rabiah, Nafisah, Shawana, and many more (Peace be upon them all).

Another important area to find the right balance was in the use of non-Islamic sources. As the book is about Islam and primarily aimed at Muslims, it was appropriate that most of the wisdom quoted be from Islamic sources, however I also wanted a significant treasury of non-Islamic wisdom to encourage inclusivity and appreciation of other paths and faiths. This is so important given the pluralistic societies we live in today, and is perfectly in keeping with the Quran’s inclusive spirit and its love of diversity. So the “Reflections and Activities” section became an area where non-Islamic wisdom could be offered to widen horizons.

What did you enjoy most when working on this project?

There were so many joys in writing the book. Spending time with two young helpers, Joya and Gabriel, was a real pleasure – they helped me write the reflections and activities for an-Nur and al-Aziz. Another joy was experiencing signs of the Names as I was writing about them. Many people would dismiss what I took as signs to be mere coincidences, but I believe the Quran invites us to take a very different attitude, for the Unseen is always seeking to communicate with us.

For example, the image of a fountain of water had sprung to my mind as symbol of al-Hayy, the Ever-Living, and this led me to use the Quranic story of Moses striking the rock with his staff, for when Moses did so water gushed from the rock to quench the thirst of the twelve tribes. I had begun putting the elements of my retelling of this story together and, later that day, I called my parents to catch up. I discovered that a water pipe had broken in their home and water had been gushing everywhere. I understood this to mean “Keep going – you’re on the right track”!

I love the layout. Quran, Tradition, Art, Reflections. This book is not just inspirational, but also guides the reader to reflect & practice. What do you hope your reader will get from this book?

Firstly, we hope the book will inspire remembrance of God. Secondly, we aim to create an awareness that love and compassion are at the heart of Islam. We also hope the book will help young Muslims realise how Islam respects and appreciates other faiths and celebrates the diversity of God’s creation. We also want to highlight how Islam honours women alongside men, and that it is a dynamic faith responding to the needs of our time.

The questions, reflections, and activities have many aims in mind. We try to use a holistic approach to engage all the human faculties: critical thinking, creative imagination, meditation, consultation, research, and so on. No answers are offered to any of the questions.

The important thing is that we learn to ask them and take the time to arrive at our own considered opinion. Besides, often there are no “correct” answers to the questions posed, and we aim to help young Muslims become comfortable with mystery and nuance, and with a reality that is qualitative as much as it is quantitative.

A life lived without love is no life.
It adds up to nothing.
In reality we should be ashamed of any moment that passes without love.

Where can our readers get your beautiful book?

The book can be ordered from our website, chickpeapress.co.uk, or from Amazon. It is available as paperback or hardback, and we have also just made available The 99 Names of God Contemplation Cards (also available from our website or Amazon). These activity cards make an engaging learning tool that complements the book. An ebook will also be made available in the coming months, with accompanying video and audio.